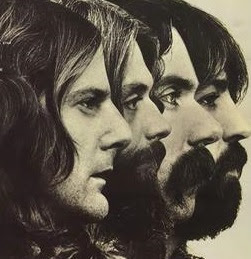 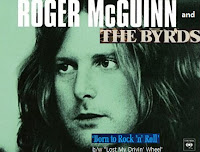 The follow up to 1971's Byrdmaniax started out as a band produced offering to be released that same year. Discussions for a reunion of the original line-up of the Byrds were already in motion and McGuinn's dissatisfaction with the latter-day line-up was further compounded with arguments over salary with drummer Gene Parsons. After a disappointing 45 single release of "America's Great National Past Time" (sung by bassist Skip Battin and written by him and lyricist Kim Fowley) backed with the Clarence White led rendition of the traditional "Farther Along" in Nov. 1971, the album originally titled Farther Along would be shelved by leader Roger McGuinn (though the other members would subsequently concur) and put the future of the band's current line-up in doubt. 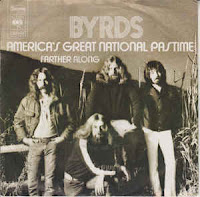 By July 1972, Parsons had been fired and replaced by session drummer John Guerin. To further cement his return to controlling the group--a single with "Born to Rock and Roll" backed with a cover of "Lost My Drivin' Wheel" was issued as Roger McGuinn and The Byrds. Session musicians had been employed to back McGuinn on at least one of the tracks--but company rules made the recordings be labelled as 'The Byrds' since McGuinn was not contracted as a solo artist with Columbia. Half of the Farther Along tracks were combined with new songs McGuinn had recorded including the sides to the 45 single to make The Last Byrds Album. It's also fitting that Bob Dylan would appear on a song--bringing things full circle--playing harmonica on "I'm So Restless". Clarence White sings lead on "Bugler" and "Farther Along"; Skip Battin sings lead on "Lazy Waters"...McGuinn takes the rest. 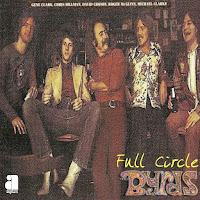 After disbanding the latter-day Byrds in Feb. 1973, McGuinn and the original Byrds would join forces once again to release Full Circle on David Geffen's Asylum label.

In reality, McGuinn had wanted to changed the band name to put his in front, but was discouraged from doing so by whomever at the time. Farther Along was released in Nov. 1971 and the band was reported to be unhappy with it--though Clarence White's vocal on "Bugler" was a highlight. The CD re-issue of this album included versions of "Bag Full of Money", "Born to Rock and Roll" and "Lost My Drivin' Wheel". These songs and versions of "Draggin'", and "I'm So Restless" (reportedly lost) with new drummer John Guerin were left unreleased at the time in 1972. In 1973, McGuinn released his eponymous solo debut and it included remakes of "Lost My Drivin' Wheel", "Draggin'" (featuring Bruce Johnston of the Beach Boys on piano and bgv), "I'm So Restless'" (featuring Bob Dylan on harmonica), and "Bag Full of Money" (featuring Crosby on harmony) along with "My New Woman" (with backing by the original Byrds line-up and saxophonist Buddy Emmons) and the traditional "The Water is Wide" (again featuring Crosby). A proposed McGuinn/Crosby LP never happened--though those two songs were great. I included them with "My New Woman" on my mix of the Byrds reunion LP for that reason.
Posted by Smash Addams at 12:47 PM