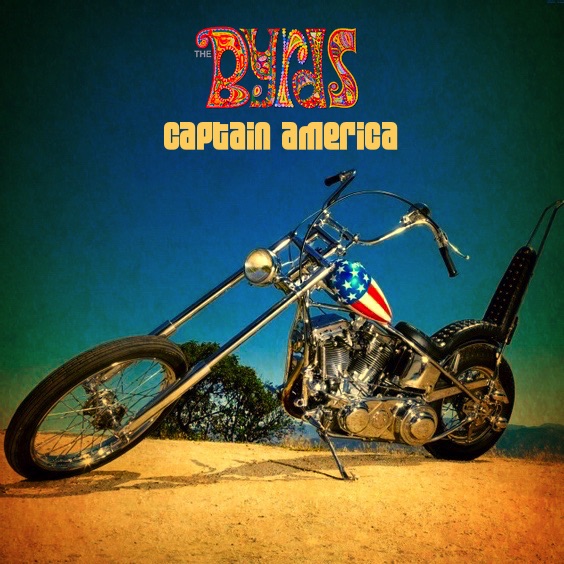 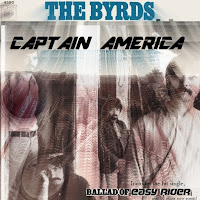 A re-evaluation of The Byrds' eight album. Produced by Terry Melcher for the first time since 1965's Turn! Turn! Turn! album. I included the extended mix of "Ballad of Easy Rider" as the opener. Clarence White's solo was cutoff from the original LP's edit. I prefer the alternate takes of "Oil in My Lamp" and "Tulsa County Blue" to their respective LP versions. The latter was overdubbed by McGuinn because Melcher said 'he sounded more like a cowboy' than bassist John York (who originally sang it). "Mae Jean Goes to Hollywood" (written by a then-still-obscure Jackson Browne) is a better choice than McGuinn's take on the traditional "Jack Tarr the Sailor." I am not a fan of "Jesus is Just Alright", either. Since I included the 1965 version of "It's All Over Now, Baby Blue" on my version of Turn! Turn! Turn!--I will put those two together as a non-album single. I decided to replace them with a couple of outtakes from their previous LP's sessions. "Stanley's Song" was written in tribute (the title, anyway) to director Stanley Kubrick. Some people hate it, but I'm of the few that don't--so yeah. "Lay Lady Lay" makes a good opener for side two. I had previously included it on my version of Dr. Byrds and Mr. Hyde--but I saw a fab version of it at the False Memory Foam blog...so I now defer to that playlist. "Armstrong, Aldrin and Collins" is about a waste of tape while "Way Behind the Sun" (another traditional--this time sung by York) remained on the cutting room floor. 11 songs at 33 minutes (with pretty close to even sides) make a pretty decent listen, I'd say. By the way, the version of "Fido" is an edit of the alternate vocal mix from the Sanctuary III compilation. That annoying drum solo is now cut to just a single bar or so (thanks to Audacity) and bring the song's running length down nine seconds to 2:31. York recently said in an interview that Terry Melcher wanted his publishing to the song and when York refused, Melcher 're-cast' McGuinn as lead vocalist on "Tulsa County."

Be sure to check out False Memory Foam for the 'Complete Album' series of The Byrds--amongst all kinds of other cool stuff. Cheers!
.
Posted by Smash Addams at 12:26 PM No comments: 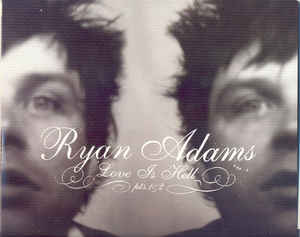 --------------------------------------------------
One of RA's best albums re-sequenced and edited to make a more palatable listening experience. That's part of the reason I think some fans of RA's earlier works might've been put off by the album's length and flow. "Political Scientist" is certainly not what I would pick as an opener to an album already labeled 'a difficult listen' (or as his label at the time, Lost Highway, said 'not your best stuff'). The original album is 16 tracks, at around 67 minutes. I subtracted four songs: "My Blue Manhattan", "Thank You Louise", "Political Scientist", and "Hotel Chelsea Nights" and added two outtakes--"When the Music Don't Come" (intended for the rejected 11-song version recorded at Globe Studios in NY) and "Rock N' Roll" (which was recorded for the second attempt at LiH in New Orleans). The latter song was re-mixed as the title track for RA's released 2003 follow-up to Gold. My new mix of this album is 14 tracks at around 59 minutes. It opens with "Anybody Wanna Take Me Home" and side one concludes with "Rock N' Roll"; side 2 opens with "English Girls Approximately" and concludes the album with "I See Monsters"...give it a listen and see what you think. Here's a link with additional background info on the 2002-03 sessions for Love is Hell. Lost Highway Records initially rejected the album in 2003...releasing a pair of E.P.'s instead (after RA turned in his own financed album--Rock N' Roll). The album was subsequently released in its full form in 2004. 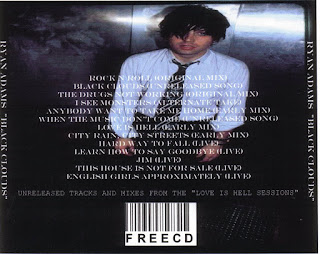 Posted by Smash Addams at 11:35 AM No comments: 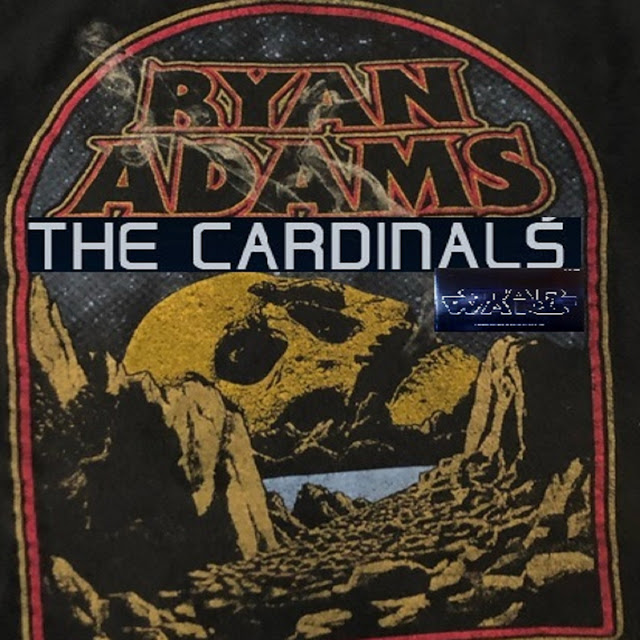 Ryan Adams and The Cardinals

This follow-up to Jacksonville City Nights was originally slated for release in 2006 (with the provisional title "Star Wars"). Ryan Adams posted on message boards about his intent to release another three albums that year just like 2005. A follow-up to Rock N' Roll (later titled "Blackhole") with drummer Johnny T. was in the works; as well as a 30-song double album solo project by Ryan "about cleaning up his act" (titled 'War and Peace'). I covered a possible configuration for those two projects in previous posts. For the third record--"Star Wars"--16 songs had been laid down during a break from their last tour. "Half of them are good enough, and half aren't" was a paraphrasing of RA's quote regarding it.

Demo sessions began with Ryan solo sometime around August 2005. A second session with The Cardinals and a string section produced the version of "Elizabeth" (previously recorded in  a stripped down version for RA's  then unreleased 29 album) along with unreleased songs like "Everything Dies", "Lighthouses", and "Don't Get Sentimental on Me". RA was quoted as saying he was "spinning out by then" from drugs and "my brain full of muck couldn't produce a decent song" for Cameron Crowe's Elizabethtown film (this in regards to the unreleased song "Elizabethtown"). Crowe selected one song from the sessions ("Words") along with two older songs from earlier records.

The band's label, Lost Highway, rejected all three proposed albums (RA has since regained control of his unreleased tunes and back catalog since parting with the label in 2009). The Cardinals recorded a fourth album as part of a 'concept' double album together with the 'Star Wars' recordings (to be titled 'III/IV')--which Lost Highway again rejected. At the same time, the band was recording with RA on his next solo record, Easy Tiger. I like that record, but it seems almost formulaic (at least how calculatedly it was put together--timed with his new 'sober' image).

In the end, "Rip Off" and "Two Hearts" from the III/IV sessions would be used for the latter. Three songs from the Darkbreaker sessions (as the 'Elizabethtown' recordings are now referred to) -- "Everybody Knows" (then titled "Everyone Knows") and "Two" were re-recorded (the latter in an inferior version--IMHO) for Easy Tiger and both would be hit singles in 2007 (I suppose). "Sewers at the Bottom of the Wishing Well" would be re-cut for III/IV. "Jeanne" and "When the Wild Wind Blows" had been previously recorded during the JCN sessions with the former appearing as a b-side. The latter was also re-recorded along with "Saturday Night" by Ryan for the shelved Darkbreaker album. In 2007, RA mentioned a box-set titled 20-20 that would include that album and a revised version of the Blackhole album that never came to pass. III/IV would be belatedly released on RA's own PAX-AM label in 2010 (after the band had broken up in 2009). This collection is based on message board postings and my own tastes (in regards to my alternate RA discography). I will be revising my alternate version of Easy Tiger, next. That's all for now. 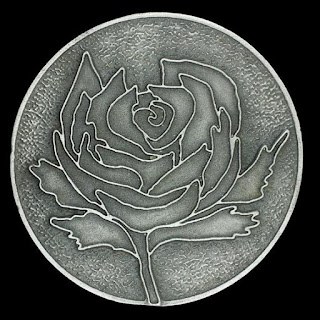 Posted by Smash Addams at 2:55 PM No comments: 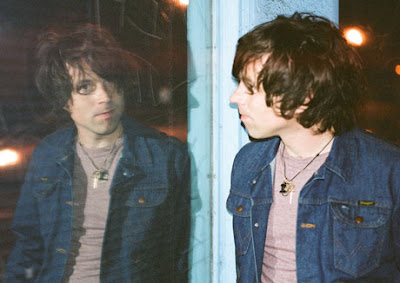 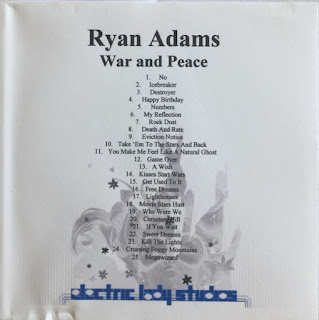 Based on a promo disc seen at Discogs. The songs marked with an asterisk (*) were substitutions (for those not circulating) made based  on remembering songs RA posted about being on the album (originally said to be 30 songs) . It clocks in at about 73 minutes. A cool listen all the way through...kinda his ANTI-Gold, lol.

Anyways, the tracks that are available can be found on III/IV (and its bonus tracks); the Sad Dracula and Warren Peace digital "releases"; and the Darkbreaker bootleg; . Cheers!

I have a construction of the Cardinals' Star Wars album planned next...and some other revisions.

Off topic, but while I mention revisions--my idea for a last Oasis album has been redone. I changed things up after researching background towards songs that were stll lying around by the band's demise in 2009. Several songs were written by Liam and the other guys that were recorded for the first Beady Eye album. Noel took a few leftover tunes as well for his first two albums with NGHFB.
Check it out here (if yer mad ferret):
Posted by Smash Addams at 4:29 AM No comments: 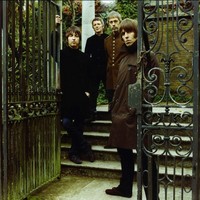 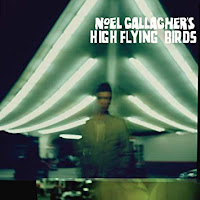 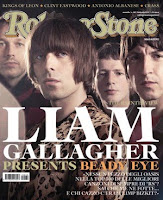 Posted by Smash Addams at 3:50 AM No comments: 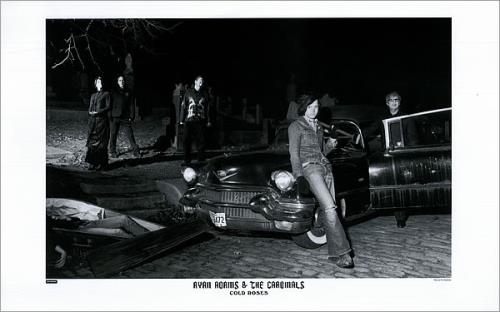 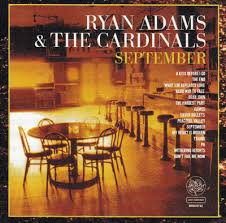 Posted by Smash Addams at 6:01 PM No comments: 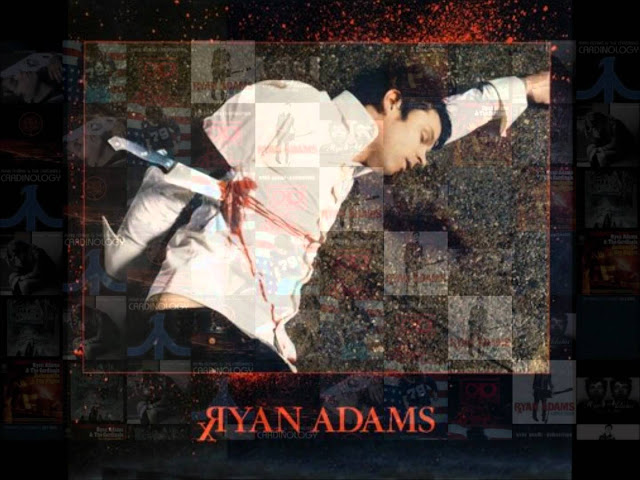 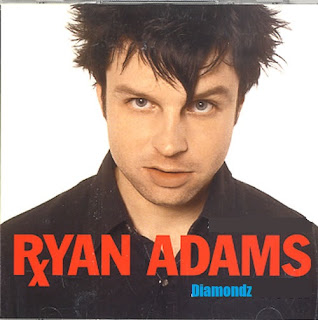 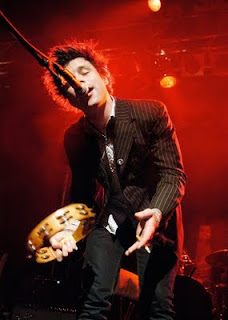 Posted by Smash Addams at 5:06 PM No comments: